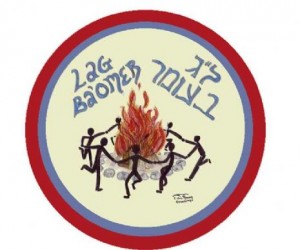 This Sunday is the holiday of Lag BaOmer, a joyous day on the Jewish calendar, marking the passing of the great sage and Kabbalist Rabbi Shimon bar Yochai (2nd cent.; before his passing, he instructed that it should not be a day of mourning, but a day of celebration), as well as the end of a devastating plague which ravaged the students of his mentor, Rabbi Akiva (ca.50-135 CE).

Would you believe that a new talk from the Rebbe was just published? Well, not actually new. In 1976, the Rebbe addressed the huge Lag BaOmer parade in Crown Heights, Brooklyn. A transcript of the talk was given to the Rebbe to edit for publication. The Rebbe edited it, and then, well, I’m not sure exactly what happened next.

Someone placed it in a box somewhere and, well… it was only recently discovered.

In other words, Chabadniks around the world are excited about a new talk from the Rebbe! Only those present at the 1976 parade heard those words. Others may have read a rough draft written in Yiddish. But no one has ever studied the transcript, as edited by the Rebbe for publication.

Time is short, so please excuse my brevity. I would like to share with you a few bite-size nuggets from that talk. I have adapted them from the original Yiddish.

Shabbat Shalom and have a great Lag BaOmer!

Spreading blankets and other relationship builders