The very term “kosher wine” used to conjure up the image of a Manischewitz bottle, containing syrupy, sweet wine.  That has drastically changed, and now kosher wines occupy a significant portion of the wine market, some even winning awards.  In addition to the great kosher wines produced in America, others can be found hailing from pretty much every great wine-producing region.  Israel has also made a special niche of high-quality wines that rival some of the best.

I recently read about a type of fungus which often infects grapes, particularly in certain areas of the world.  Imagine the dismay of the vintner, who, upon entering is vineyard, discovers his entire crop to be infected with this rotting mold!  Such grapes were initially thought to be 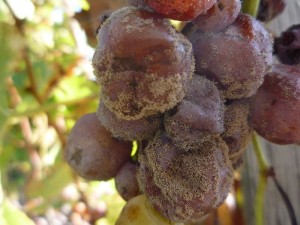 essentially worthless, and were given away.

It is not exactly clear, but at some point along the way, someone actually tried making wine with these rotted grapes.  Lo and behold – they produced a fine, sweet wine!  Since then, these wines have actually become revered, teaching us that even when something may seem rotten, there is still a second chance. (For a kosher version, try the Yarden Noble Semillon).

The 14th day of the month of Iyar (this year, 2011, it is Wednesday, May 18th) marks a little-known holiday on the Jewish calendar, known as Pesach Sheini (“The Second Passover”).

Second Passover?  We need two of them?!

Well, truth be told, it is a little different that the original holiday: one day instead of 7 (or 8 in the diaspora); we are permitted to eat chametz (leavened products).

Let us look at the biblical source for this one-of-a-kind holiday, Numbers 9:6-11:

“There were [certain] men who were impure because [they had come in contact with a] human corpse and they could not bring the Passover offering on that day [i.e. the proper day for the offering].  They came before Moses… and said, ‘We are unclean… [but] why should we be held back from bringing the offering of G-d in its time?…

And Moses said to them, ‘Stand and hear what G-d will command concerning you.’

If, as a result of either being ritually impure or even because one had willfully transgressed G-d’s will, one did not bring the Passover offering at its appointed time, one was given a second chance on Pesach Sheini (see Babylonian Talmud, Pesachim 93a).

Sounds great.  But how can we comprehend that, “it’s never too late”?  If you miss your train, isn’t it too late?

Perhaps we can gain some insight from the above mentioned mold that affects grape, generally known as “Noble Rot.”

At first glance, all hope is lost: the grapes are ruined and unworthy of transformation into wine.  However, with a bit of ingenuity, or perhaps some good luck, we see that, indeed, “nothing is ever lost; it’s never too late.”  Even these rotten grapes can be turned into a sweet wine, thus representing our ability to transformation even a bitter, difficult situation, into something “sweet.”

Granted, we are not always granted the vision to see how the “rot” can be turned into “sweet,” however, let us take this lesson from the unique holiday ofPesach Sheni: Nothing is ever lost; it’s never too late.”