In honor of the 150th yahrzeit of the third Lubavitcher Rebbe (the Tzemach Tzedek; his yahrzeit was Thursday, 13 Nissan), I present to you the following Passover story:

Each year with the approach of Passover, some of the elder Chassidim would receive a special gift from the Tzemach Tzedek: three matzos, a bottle of wine, marror, and other Seder necessities. 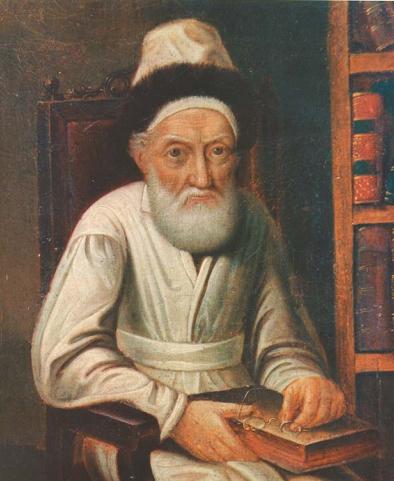 One year, the Tzemach Tzedek appointed a messenger to deliver the items to Rabbi Yekusiel Liepler, a well-known chassid. When the messenger arrived, Rabbi Liepler was engrossed in a profound mystical meditation, and did not seem to realize that someone had appeared before him.

Extending the Passover package, the messenger said, “The Tzemach Tzedek asked me to deliver this gift to you.”

Hearing that this was no average visitor, Rabbi Liepler excitedly grabbed the package, and immediately consumed all its contents. After all, this is a gift from the Rebbe! Who am I to let it sit idle?

On Erev Pesach, Rabbi Liepler went to the court of the Tzemach Tzedek and inquired why he had not received a special Passover package that year.

“Ah!” replied Rabbi Liepler, “Now that you mention it, I do remember receiving a package! When I received the package from the Rebbe, I devoured everything in it. Actually, everything was quite tasty, and even helped me understand the Chassidus that I was engaged in at that time…”

(Needless to say, Rabbi Liepler received more Passover supplies for his Seder later that evening.)
* * *
Perhaps a message of this story is that when Hashem gives us a “bag of goods,” we should be ready to ingest the blessings immediately. And if you think that you might want to “save” a particular blessing for a more auspicious time — fear not, for in the right time, you’ll get exactly what you need.

Wishing you a kosher & happy Passover,

The Best Solution For Stained Teeth