Rabbi Israel Baal Shem Tov was known to spend many hours engrossed in prayer. The founder of the Chassidic movement would dwell for hours on various sections of the prayer book. Typically, his students would patiently await the completion of his prayers before departing the synagogue. Others in the synagogue found it hard to wait for so long, and would slip out early to head home for a bite to eat, returning later to find the Baal Shem Tov still deep in prayer.

One time, his inner circle felt that they were simply too hungry to wait for the Baal Shem Tov to complete his prayers. They reasoned that if they were to leave for a quick slice of bread and return quickly, they would presumably find the Baal Shem Tov still in the midst of prayers, not even noticing that they had departed.

So that’s what they did. They slipped out silently, ate hastily, and returned to the synagogue. To their astonishment, they found that the Baal Shem Tov had already completed his prayers and he was waiting for their return!

A few students mustered the courage (chutzpah?) to ask their revered teacher why he had not spent the usual amount of time in prayer.

“Let me share a parable with you,” began Rabbi Israel. 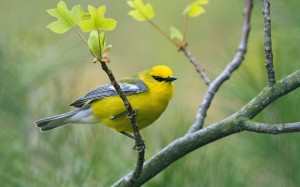 “At the top of a tall tree dwells a gorgeous bird. There is a person with strong and perceptive eyesight who notices this bird, and he desires to take it. The problem is that he has no ladder, and thus no way to reach the pinnacle of this tall tree.

“What did this person do? He requested that those around him stand on each other’s shoulders and construct a human ladder. Despite the fact that none of these people were able to even see the bird at the top of the tree, they agreed to help the person who possessed particularly sharp vision. In the merit of these people who built a human ladder, the one person who was able to see the bird was able to reach the top of the tree and grasp the bird.

“Imagine,” continued the Baal Shem Tov, “what would happen if the person standing at the bottom of the ‘ladder’ suddenly decided to leave. Everyone would surely fall, and the person with the keen vision would not only not reach the bird, but he would likely be injured from the fall from such a great height.

“So too with me. When I stand at the zenith of prayer, that which is hidden becomes revealed to me. I yearn to ascend to the chamber of Mashiach, which is referred to in the works of the Kabbalah as the ‘Chamber of the Bird’s Nest.’ This Chamber is a very lofty place, indeed, and I cannot get there without your help.

“When you remain in prayer in the synagogue — without any knowledge of what is taking place in the supernal worlds — I am able to place each of you on the other’s shoulders, so to speak, and with your assistance, I reach the chamber of Mashiach.

“Today, when you departed, I immediately fell from my lofty spiritual heights. Since I no longer had reason to continue with my lengthy prayers, I concluded them.”

* * *
This week’s Torah portion, Beha’alotcha (Numbers 8:1-12:16), begins with the commandment for Aaron the Kohen (High Priest) to kindle the Menorah. Yet the Hebrew word Beha’alotcha does not literally mean kindle, nor does it mean to light, to ignite, or to fire up. Rather, the word may be more literally translated as “to lift up.”

Why doesn’t the Torah use a word more directly related to ingniting the lamps of the Menorah?

A House In A House