Why would a Jew live in Germany? I kept wondering that during my 50 minute layover in Dusseldorf last week. I glanced nervously at anyone over the age of 65 and tried to make my way through the airport as quickly as possible. Not an extra minute in that place.

Shaul and I were invited to be scholars in residence at a Shabbat seminar in Vienna last week. We began our journey via Prague – a picturesque city of cheap beer, memories of Kafka and a decimated Jewish community. A prance across the Charles bridge, views of the extraordinary castle and glimpse of the attic which houses the Golem – could not cover up the fact that an entire Jewish community had been eradicated from the town.

80,000 names of holocaust victims adorned the wall of the Pinkas shul in Prague. These written names are the only tangible monument to the lives of these Jews as they were exterminated in mass by the Nazis. Leaving the shul with a deep sense of loss – one is greeted by souvenir shops filled with beer mugs, marionettes and even analog film…talk about a relic! One cannot help but feel the incompatibility of cheap beer and stoic loss.

Onto Vienna! The taxi driver conveniently did not have change, so the American tourists paid double the fare getting to the bus station. Call it a travel tax. We boarded the bus to Vienna which was complete with a stewardess, free beer, phone chargers and ipads in every seat. This wasn’t greyhound.

Once we arrived at the hotel which housed the Seminar we began to meet the students from across Europe. Some had flown over 8 hours to attend! Many were from Germany – why would a Jew want to live in Germany, I wondered. Twins from Berlin explained that they, like most Jews in Germany, were not born in Germany. When the Iron curtain fell in 1989, Germany let the Jews in and thus most Jews in Germany are from Russia, Ukraine and the former Soviet Union.

In the Ukraine these twins never knew that they were Jewish. With such pride they said that their grandparents were religious, but it was impossible under Stalin. Their mother never told them that they are Jewish and their father is not Jewish. Then the Chabad bochurim came to their town with handmade (shmurah) matzah and the Jews came out of the woodwork and started talking about the way things used to be – just from the sight of the matzah!!! These guys ended up spending a year in Israel and now live in Berlin. There were many of such stories and I was utterly inspired by each one of the participants! The question of why one would live in Germany no longer seemed relevant. What did matter, I wrote on Facebook on Saturday night:

Just danced to “Am Yisroel Chai” in Austria (the birthplace of Hitler) with Jews from France, Switzerland, Germany, Russia, Odessa, Ukraine, Israel, England, Australia, Italy and more. All I can say is: Am Yisroel Chai!!!

The seminar was fantastic and now we are back in the States ready for a new semester!! Upcoming Highlights:

1)Sinai Scholars – “earn while you learn.” Explore the fundamentals of Judaism and upon completion of the course receive a generous stipend. Tuesday at 5pm – Click here to register. Registration will be closing soon.

3)Iraelinks – Go back to Israel (post Birthright or other trips) for just $499!! Learning Jewish texts and values while touring the country. This summer we are proud to offer and ALL GIRLS bus (in addition to two co-ed busses) for more advanced students. Registration is in full swing – don’t miss this phenomenal opportunity.

As always please join us for Shabbat! You can RSVP online here; www.Qchabad.org/rsvp or email Tzipah at Tzipah@qchabad.org (Please RSVP by Thursday night).

Have a wonderful week!
Tzipah

P.s. Candle lighting in Queens this week is at 5:10pm

Boarding the Plane from Germany to Prague 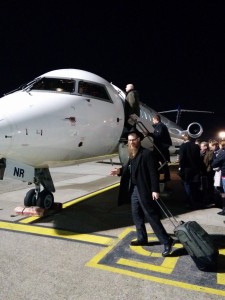 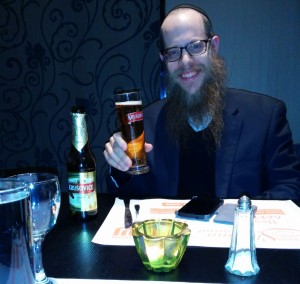 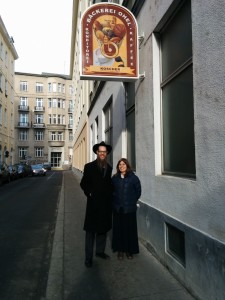 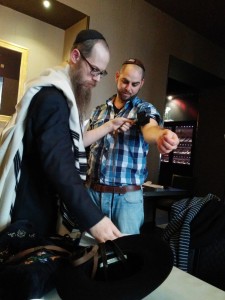 The Altenueshul – the attic houses the famed Golem 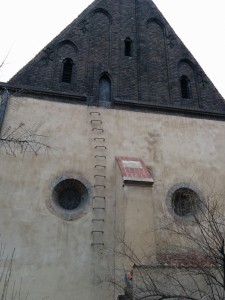 Shaul & I with a group of Young Professionals from the Seminar 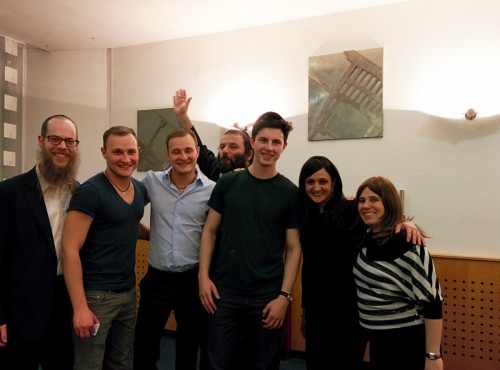 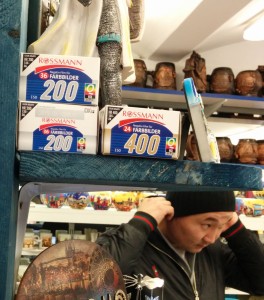