Tzipah and I  extend our condolences to 2011 QC alumna Perel Saklad (nee Lubel) on the passing of her grandfather, Herbert Sondheim. Our condolences to Perel’s parents, Ellen & David Lubel.

We also extend our condolences to QC student Ross Mitgang on the passing of his mother Nancy.

May the Omnipresent comfort you among the mourners of Zion and Jerusalem. 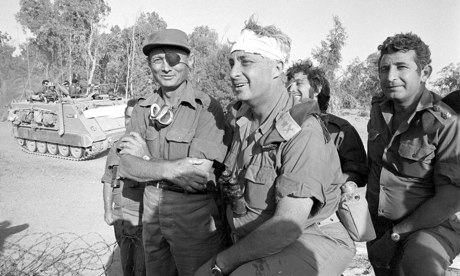 While there is much to say about Sharon’s storied military and political career, I would like to share with you a little bit about the relationship he had with the Rebbe.

Sharon, often referred to by the diminutive version of his first name, Arik, was not unique in seeking counsel with the Rebbe. In fact, nearly every Israeli military general of significance traveled to New York to consult with the Rebbe.

In 1967, Sharon’s son Gur was killed in a tragic accident. Although they had not yet met in person, the Rebbe wrote Sharon a condolence letter. Some excerpts of this letter follow (translation from Chabad.org).

“…a factor that motivated me to write this letter is the tremendous inspiration that you aroused in the hearts of many of our Jewish brethren when you put on tefillin at the Western Wall, an act which merited great publicity and echoed powerfully and positively into the various strata of our nation, in places both near and far.”

Referencing the traditional phrase of consolation offered to mourners — May the Omnipresent comfort you among the mourners of Zion and Jerusalem — the Rebbe noted that the connection between an individual mourner and those who mourn the destruction of the Temple is puzzling.

What is the connection between the individual who mourns the passing of an individual, and all those who mourn the destruction of Jerusalem?

The Rebbe continued, “In truth, however, they are connected. For the main consolation embodied by this phrase is in its inner content, namely: The grief over Zion and Jerusalem is common to all the sons and daughters of our people, Israel, wherever they may be…. So too is the grief of a single individual Jew or Jewish family shared by the entire nation. For, as the sages have taught, all of the Jewish people comprise one integral organism.

“Another point and principle, expressing double consolation, is that just as G‑d will most certainly rebuild the ruins of Zion and Jerusalem and gather the dispersed of Israel from the ends of the earth through our righteous Moshiach, so will He, without a doubt, remove the grief of the individual, fulfilling the promise embodied by the verse, ‘Awaken and sing, you who repose in the dust.’ Great will be the joy, the true joy, when all will be rejoined at the time of the resurrection of the dead.

“There is yet a third point: In regard to Zion and Jerusalem, the Romans—and before them, the Babylonians—were given dominion only over the wood and stone, silver and gold of the Temple’s physical manifestation, but not over its inner spiritual essence, contained within the heart of each and every Jew—for the nations have no dominion over this, and it stands eternally. So too, regarding the mourning of the individual, death dominates only the physical body and concerns of the deceased person. The soul, however, is eternal; it has merely ascended to the World of Truth. That is why any good deed [performed by the mourner] that accords with the will of the Giver of life, G‑d, blessed be He, adds to the soul’s delight and merit, and to its general good.

“May it be G‑d’s will that henceforth you and your family should know no hurt and pain, and that in your actions in defense of our Holy Land, ‘the land which G‑d’s eyes are upon from the beginning of the year to the end of the year,’ and in your observance of the mitzvah of tefillin — and one mitzvah brings another in its wake — you will find comfort.”

P.S. To watch a video of Sharon speaking about the Rebbe, click here.