Mazel tov to QC alumna Lori Holzman on her wedding to Josh Schwartz. I was honored to recite one of the Sheva Berachos blessings under the chuppah this past Sunday!

Mazel tov to the Chabad Jewish Student Club at QC for receiving an award from the QC Student Association!

A wealthy man once visited Rabbi Dovber of Mezritch in order to receive his blessing.Rabbi Dovber inquired, “What do you usually eat?” 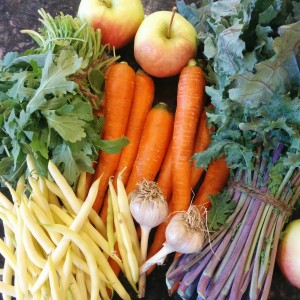 “No good,” said Rabbi Dovber. “You should stop this conduct, and begin to eat meat and drink mead — like other affluent people.”

Rabbi Dovber’s disciples were perplexed: What was so bad about the man’s behavior? There is no sin in refraining from eating delicacies. Who was he harming with this conduct?

“You see,” explained Rabbi Dovber, “if this wealthy person will eat meat and drink mead, then he will automatically know that a poor person needs to be provided with at least bread with salt. But if he himself eats bread and salt, then he may think that the poor can suffice on stones….”

Shabbat Shalom, and praying for the safety of our soldiers in the IDF,