The laws of Shabbat are many and complex. There are 39 general categories of forbidden activities, and one of them is mentioned explicitly in this week’s Torah portion, Vayakhel.
The verse states, “You shall not ignite a fire in any of your dwelling places on the day of Shabbat” (Ex. 35:3). This verse is the source of the prohibition of lighting a fire on Shabbat. 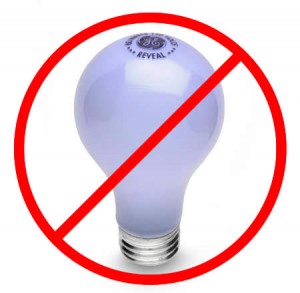 In fact, it is not just lighting an actual fire that is prohibited, but things which are similar to this are similarly forbidden. Modern examples include driving a car (which involves the combustion of gasoline) and turning on a light (since the light bulb generates light and heat).
Where does electricity fall into this? In fact, the advent of electricity presented numerous challenges to modern arbiters of Jewish law, as the Torah (obviously) does not discuss its usage.
Various reasons to forbid the use of electricity on Shabbat were presented. As this discussion is highly compex, I will merely present some of the basics in this article. Additionally, this article will not address the use of electric appliances that are turned on before Shabbat (such as a hot water urn).
One reason presented that would forbid turning on an electric appliance on Shabbat is “building,” a prohibited act on Shabbat. Now, of course, electricity has nothing to do with building, yet some rabbis thought that the abstract concepts could be correlated, since electricity involves completing a circuit, an act which can be compared to building.
Due to the fact that there are actually many differences between “building” in Jewish law, and the use of electricity, most do not adhere to this reasoning.
Another rationale presented to prohibit the use of electricity is “creating” (Hebrew: Molid). Lighting a fire, cooking and building, can all be viewed as types of creation. Most actions which bring about a change in the way something currently is, will be considered “creating” in a Jewish legal sense, and is thereby prohibited on Shabbat.
If anything, the use of electricity involves the “creation” of currents and completion of circuits, and is therefore prohibited.
Thus, for example, the use of a fluorescent light would be prohibited even though the “fire” aspect may not apply since it does not generate heat. One can see, that in order for experts in Jewish law to render conclusive decisions about the permissibility of new forms of technology etc. on Shabbat, they had to be familiar with its inner workings.
After all, if you don’t know how something works, how can you possibly know if its usage involves transgressing one of the laws of Shabbat?
In conclusion, unlike the Sadducees, the Jewish tradition did not interpret this verse from our portion of, “you shall not ignite a fire,” to teach us that there may not be any fire present in our homes on Shabbat, but rather, that we may not ignite a fire on Shabbat. We need not sit in the dark, and are free to use the benefits of modern day technology for our comfort and enjoyment on Shabbat – provided, of course, that their usage is permitted under the laws of Shabbat.
However you slice the pie, it is forbidden to turn on an electric appliance on Shabbat, yet this does not mean that I have to sit in the dark!
Ask your local rabbi if he teaches a course in the laws of Shabbat, or purchase a book at your local Judaica shop. Shabbat has been one of the constants in the life of the Jewish people. As the saying goes, “More than the Jewish people have kept Shabbat, Shabbat has kept the Jewish people.”