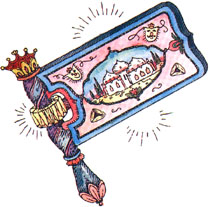 Sound similar to the position of the Jew’s in today’s American government? It may be. Looks look at what happened in Persia at the time of the story of Purim.
Despite their seemingly advantageous position, the evil Haman cast lots and decreed that he would, “destroy, slay and annihilate” (Esther 3:13) the Jewish people. This unexpected decree was the harshest decree ever proclaimed against Jews. The Egyptians of the Passover story wished to enslave, not annihilate, the Jews; the Assyrian-Greeks of Chanukah fame wished to cause the Jews to assimilate.
One of the main characters who helped foil the evil plot of Haman was, of course, Mordechai. Haman had many acquaintances amongst the political Jews, yet it was only Mordechai who really vexed him. Why did Haman dislike Mordechai so much?
What really irked Haman, was that most Jews who he was acquainted with, he didn’t know they were Jews. Nothing really distinguished them from any other denizen of the Persian capital of Shushan. Many, if not most of them, dressed like their Persian counterparts, spoke like them, and behaved like them. In fact, they too bowed and kneeled before the villain who was Haman, and were not particularly bothered by his anti-Semitic remarks.
Haman was bothered that Mordechai was involved in politics, as were many others. Yet something set him apart.
Mordechai is the first person to be referred to as a Jew. Not a Hebrew. But a Jew. And not “Jewish” – for saying that someone is Jewish is like saying that something is “blue-ish”, that is, “not really blue.” Yet Mordechai was, in many ways, the ultimate Jew, unwavering and unabashed.
We are introduced to Mordechai in the second chapter of the Book of Esther (verse 5). “There was a man, a Jew, in the capital of Shushan, and his name was Mordechai.” With this new word, “Jew” – Yehudi in the original Hebrew – we are introduced to Mordechai, the genuine Jew. And Haman was vexed by him.
Yehudi comes from the root word meaning, “to acknowledge,” for the Jew acknowledges the presence of a Higher Being. A Jew only worships the one Creator.
It was here that Haman noticed that Mordechai was different than the other Jews he was acquainted with, for he refused to bow down to him.
The Megillah tells us that Mordechai, “did not rise, nor did he shudder, before him [Haman]” (5:9). These two words – rise and shudder – indicate two different experiences.
The fact that Mordechai didn’t rise indicates his integrity; while the fact that he didn’t shudder indicates his authentic faith and trust in G-d.
Rising is more of an external act, while shuddering is more of an internal motion. Mordechai was not intimidated externally or internally by Haman. Nothing was able to move him from the bedrock of his belief system. He may have been intimately involved in the local politics, yet he retained an unwavering connection and dedication to his religion.
I have heard people discuss whether it is better to refer to oneself as an American Jew or a Jewish American. Although I often hear the argument put forth that if one says that one is a “Jewish American,” then one puts one’s Judaism first.
Yet perhaps we might say that what bothered Haman so much about Mordechai – and what Mordechai is famous for – is that he was not a Jewish Persian, but a Persian Jew. The main thing was not that he was simply of Jewish descent, but rather that he was a Jew in every sense of the word.
I think that there is an important message contained within this for us today. To be a Jew means to have the integrity to express one’s trust and faith in the Creator both on the outside and the inside. In that way, we can emulate the first person known as a Yehudi, Mordechai the Jew.