When I was attending many Phish concerts, I used to enjoy arriving at the “parking lot” with a generous amount of time before the concert began (at least in the summer time).  It was a pleasant time to wander, take in the sites, and chew on whatever happened to be on my mind.

A common site was a person walking around with a finger in the air, exclaiming, “I need a miracle!” 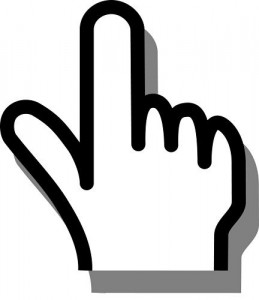 To translate: “I don’t have money to purchase a ticket, and am looking for a ‘miracle’ AKA free ticket!”

This morning I read a letter from the Lubavitcher Rebbe, written in 1956.  In the P.S. of the letter, the Rebbe addresses a concern expressed by the author of the original letter concerning a Jew he knows who is “waiting to see miracles” before committing himself to a Torah observant life.  My free translation follows:

“With regards to what you wrote concerning the Jew from Bulgaria, who says that he is waiting to see miracles, and then [he will become Torah observant] etc. — tell him that if only he will look at his past, he will see numerous miracles, provided that he doesn’t want to trick and deceive himself.  Why should he test the Creator and Director of the world to bring him, G-d forbid, to another dangerous ordeal, and then save him?  It is understood the trepidation that he will experience in such a state until he is saved.  [This whole situation] is merely the attempts of the evil inclination to prevent him from fulfilling the commandments of the Creator of the world.

“It should be His will that your words [to him] should come from the heart, and then they will enter his heart, and he will go on the straight path of Torah, our Torah, the Torah of Life; a Torah that is good for you not only physically, but also spiritually.  The very fact that I am writing [to you] concerning a Jew who I have never seen, who was in a dangerous situation in the past and saved [miraculously], this itself should be sufficient for him, that when he accepts this idea, he will commence putting on tefillin, eating kosher, keeping Shabbat etc. It should be His will that there should be good news in this area.”